De Bruyne’s current contract runs until 2023, but City have already offered him a new deal.

That contract extension remains unsigned amid claims De Bruyne was “disappointed” City’s offer did not significantly improve his reported salary of £280,000 ($380,000) per week.

De Bruyne, voted the PFA Player of the Year last season, is said to want a deal that reflects his status as one of the world’s best midfielders and vice-captain of the club.

Despite those issues, City boss Guardiola remains confident De Bruyne’s future will be at the Etihad Stadium.

“I am pretty sure he will stay but at the same time we have to respect the process,” Guardiola said on Tuesday.

“I don’t know what is going on as I didn’t speak with (City director of football) Txiki (Begiristain).

“But he knows how we appreciate him, not just as a football player but as a person.

“He is very important for the club. I am not worried. But at the end of course it is his decision.”

De Bruyne gave one of his best performances of the season in City’s commanding 3-1 win at Chelsea on Sunday.

The 29-year-old provided the assist for Phil Foden’s goal and scored his first from open play this season.

He will be a key figure again when City face bitter rivals Manchester United in the League Cup semi-finals at Old Trafford on Wednesday.

City are bidding to win the trophy for a fourth successive season and a sixth time in eight years.

And Guardiola again rejected suggestions he should prioritise other competitions with his squad decimated by a series of coronavirus infections.

“My team won three times in a row. A semi-final for a fourth time in a row means a lot. If it would not be important we would have dropped it before,” he said.

Old Trafford will be empty for the Manchester derby as Britain’s coronavirus lockdown keeps fans out of stadiums.

And Guardiola believes the government’s latest measures to combat the mutant strain of the virus have left football “an island inside society”.

The Premier League and lower leagues in England are allowed to play on despite Monday’s introduction of new stringent restrictions for the public.

City have already had problems with Covid-19 after six players missed the Chelsea match, while they also had a game at Everton postponed due to the virus outbreak.

“It looks like we are an island inside society, everything is locked down except ourselves,” Guardiola said.

“When people say football players are special maybe it is the truth, I couldn’t believe it before – I thought the doctors, teachers, architects, every person was the same – but it looks as if everything is closed except our business.

“All the managers must adapt to the situation, this is the reality, we are not an exception.” 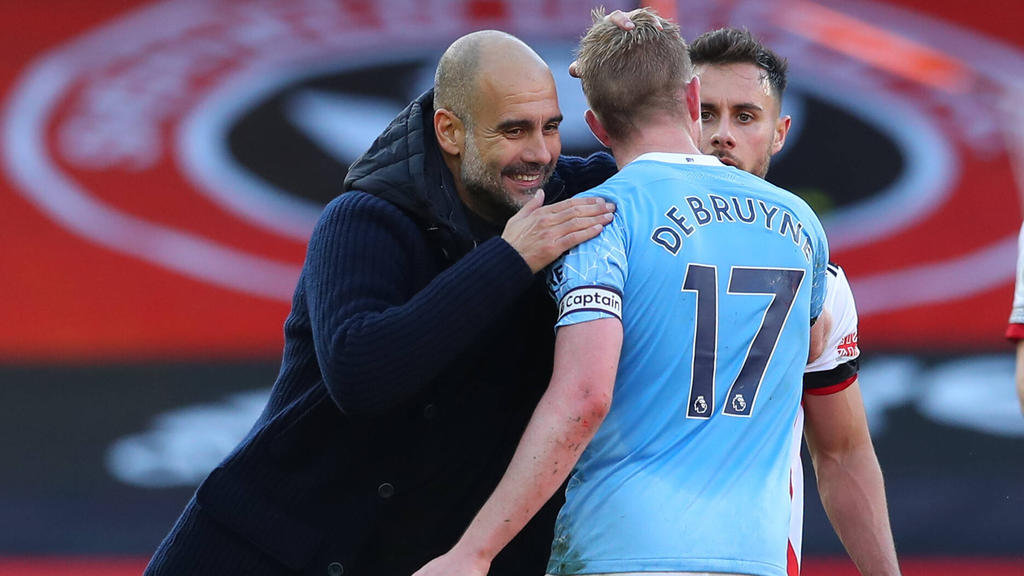